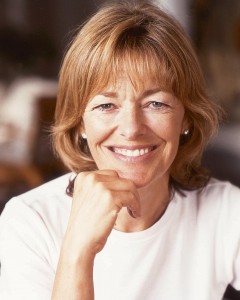 Flora is delighted to be publishing Pretty Young Rebel with Bloomsbury in the UK and with Knopf in the US. Her long-time editor at Knopf, Robert Gottlieb, has said, “Like her mother, Antonia Fraser, and her grandmother Elizabeth Longford, with whom I also worked, Flora is an indefatigable worker, and chapters flash back and forth between us. Then comes the fun of illustrations!”

Flora was appointed the Mount Vernon Georgian Papers Fellow for 2017 and undertook research among those Papers in the Royal Archives and in the Washington Library at Mount Vernon and elsewhere in the US for Pretty Young Rebel.

King’s College, London, honoured Flora in 2019 with a Doctorate of Letters, honoris causa.

Flora was also elected, in 2020, a Fellow of the Royal Historical Society.

The Washingtons: George and Martha: ‘Join’d by Friendship, Crown’d by Love’ (Knopf, 2015), published in the UK as George & Martha Washington: A Revolutionary Marriage (Bloomsbury, 2015), is now available as a paperback in both countries.

Flora was the winner of the George Washington Book Prize 2016 in the US for ‘The Washingtons’. She was also longlisted for the Library of Virginia Non-Fiction 2016 Prize.

Flora Fraser grew up in London and Scotland, and studied classics at Oxford University before becoming a professional writer. During her teens and twenties Flora was employed as a researcher by a number of authors including the late ancient historian Michael Grant, and her grandmother Elizabeth Longford and mother, Antonia Fraser, both historical biographers. This apprenticeship included work on her grandmother’s Eminent Victorian Women (Weidenfeld, 1981) and on her mother’s, Scottish Love Poems: A Personal Anthology (Canongate, 1975) and The Weaker Vessel: Woman’s Lot in 17th Century England (Weidenfeld, UK, 1984).

Flora served, as a trustee of the National Portrait Gallery from 1999, for ten years.

She co-founded, with Peter Soros, in 2002 the Elizabeth Longford Prize for Historical Biography, commemorating her grandmother, which she chairs.

Flora has been, since 2011, on the Wadham College, Oxford, Development Council.

Flora lives in London, is a member of the Athenaeum Club, and enjoys reading, and swimming in Greece.